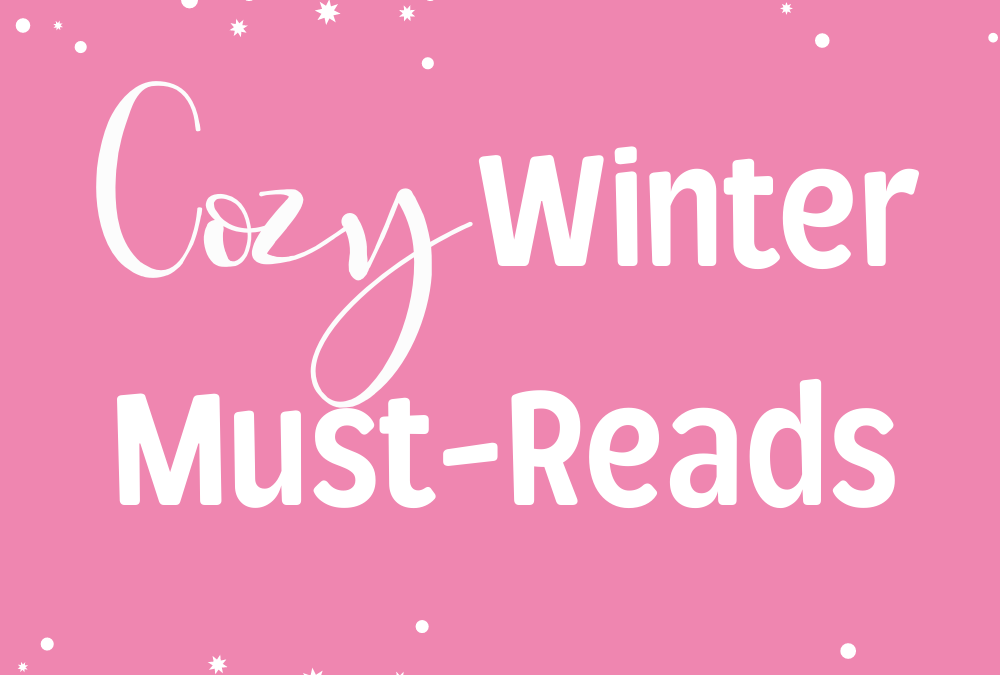 What’s your favorite thing to do when it’s cold and gloomy outside? If you know anything about me, I bet you can guess my fave—reading, of course! A cozy spot to snuggle up in with a good book. What more could a girl ask? Well, maybe one thing…

Chocolate. (Am I right?)

This time of year, a steaming cup of chocolatey goodness makes everything better. I created my very own version with some extra touches to make it extra special. I call it Hot Cocoa for the Loco, and the recipe is at the bottom of this post. Let me know if you make it!

Need something new to read? Want to win some of the books on this list? Head over to my Bookstagram account for a book giveaway!

1. Cold as Ice (Whatever After #6) by Sarah Mlynowski

When Abby’s puppy bounds through a magic mirror, she and her brother have to go save him from the super-mean Snow Queen, who turns their dog into an ice sculpture! They’ll have to defrost him, ride a reindeer, learn to ice-skate and more if they’re going to get home before they get frozen. This is #6 in the Whatever After series, and they’re all fun reads based on fairy tales.

You think your parents are grumpy? While Ash waits for his parents to come back, his guardian is a VERY cranky yeti! There’s a rescue attempt, magical powers, and a sleigh full of explorers who need Ash’s help. Maybe they can help him find his family? All you fans of Frozen and How to Train Your Dragon: this one is for you.

3. Sugar and Ice by Kate Messner

When farm girl Claire is offered a scholarship to train with elite skaters in Lake Placid, it’s a dream come true. But that dream may turn into a nightmare when she finds out what some skaters are willing to do to win. Will Claire be strong enough to stand up to the mean girls and find her own dream?

4. The Lion, the Witch and the Wardrobe by C.S. Lewis

Always winter but never Christmas—that’s the land four adventurous siblings find when they walk into a wardrobe and out the other side into a strange new world. But just when you think all hope is lost, the Great Lion, Aslan, returns to Narnia . . . and nothing will ever be the same.

When orphan Elizabeth’s evil aunt and uncle send her to stay at the creepy Winterhouse Hotel, she decides it’s not all bad—there’s a massive library, for starters. Then Elizabeth finds a magical book of puzzles that will unlock a mystery about the sinister family that owns the hotel. The more she learns, the more Elizabeth realizes she is connected to Winterhouse. Could she be the one to break the hotel’s curse?

McKenna’s eyesight has been getting steadily worse, but winning the mail run dogsled race across the Canadian wilderness will get national media coverage for her disease—and her sister’s. We’re talking three days of shifting ice, owl attacks, snow and bitter cold, but the biggest problem is McKenna isn’t sure she can see well enough to race. An inspiring story about not letting your disability stop you.

A book for those days when you feel like you’re trapped in the house with your family. Solveig is stuck in a fortress with her brother, sister, and an army while her father the king is off fighting a battle. As winter stretches on, it becomes clear there’s a traitor among them. Who can Solveig trust? Can she find the traitor before he destroys a kingdom—and her family?

8. The Wolf Princess by Cathryn Constable

It was like a fairy tale: When Sophie found herself stuck in a Russian blizzard, a princess swooped down in her sleigh to save Sophie and her friends. Princess Anna takes them to her home and tells them tales of long ago, royalty, white wolves and gray diamonds. But as time goes on, Sophie starts to worry that she might have been safer in the snow than she is here, a prisoner in the palace . . .

9. Journey of the Pale Bear by Susan Fletcher

The first time Arthur met the bear was when he was pushed into her cage. She attacked everybody who ever came near . . . except Arthur. That’s how Arthur, a runaway, ends up looking after the bear as they sail from Norway to England. When pirates attack and the ship starts to sink, will Arthur save himself or help the bear? Based on the real story of a polar bear that lived in the Tower of London.

Hazel and Jack used to be best friends. They did everything together. Then Jack stopped talking to Hazel and went off into the forest with a mysterious woman. Something is just not right—so Hazel decides the only way to save her friend is to go after him. This award-winning book is a modern-day fairy tale based on “The Snow Queen.”

Because the only thing better than a good book is a good book and chocolate, here’s my famous hot cocoa recipe. It’s the perfect winter drink!

Gracie’s Hot Cocoa for the Loco

Hey, don’t forget the giveaway! Check it out here!